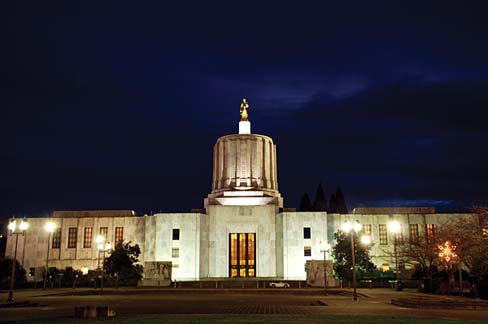 One of the best things about the United States is that contracts actually mean something. Courts here enforce those words on paper…unless of course it’s a promise made by the government. Case in point, the promise made 90 years ago by the state of Oregon to its counties: give us 700-thousand acres of your timberland…we will manage it to maximize income. 50 years ago politicians changed the deal without approval. That’s like your bank telling you in the middle of your 30 year mortgage it doubled. Reneging on the deal cost the counties 35 million bucks a year: citizens and counties didn’t get a say. Fast forward to today when a trial begins to determine if those counties are owned more than a billion dollars. Top trial attorney John DiLorenzo will tell jurors the state breached its contract and it’s time to pay up. He’s right. And this is just the tip: Federal forests, owned by all Americans, grow billions of board feet of timber every year…we only cut a tiny fraction. The rest burns or dies. That cheats the whole country of billions in lost jobs, lost income, lost taxes. It’s foolish and stupid… but it’s the government. You can vote to change it.