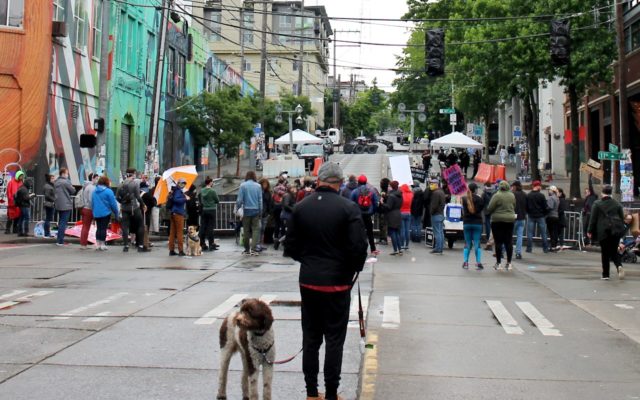 Hypocrisy knows no bounds here in the Northwest. Here are a few examples:
In Portland, protests that turn to riots nightly led to an attempt to establish an opposition zone like Seattle’s CHAZ/CHOP. But organizers made the mistake of putting it outside our millionaire Mayor’s condo. Ted Wheeler lets mobs wreck the rest of the city…but NOT his neighborhood.
Both Oregon and Washington pushed hard just two years ago to get draconian gun transfer law. I can’t even legally loan a gun to a friend I’ve known for 20 years. They told us it’s essential for public safety.
But in the Occupied Zone of Seattle’s Capitol Hill militants illegally swap AR15s they used to take control of those six blocks. They do it in public, they do it on video, they do it on the internet. Seattle police ignore these criminal acts. Yesterday, Washington state Patrol spokesman Chris Loftis told my audience the WSP won’t do a thing about it.
Apparently those rules are only for the law
abiding…criminals can do it any time they want.
Oregon’s Governor Lockdown Kate Brown shut down the state when China Virus only infected a few dozen people a day. Now that it’s infecting hundreds, Kate says it’s time to open up: science, she tells us.
Hypocrisy, I say.
– Lars
TheLarsLarsonShow · Lars Thoughts – Hypocrisy knows no bounds here in the Northwest
Tweets by LarsLarsonShow