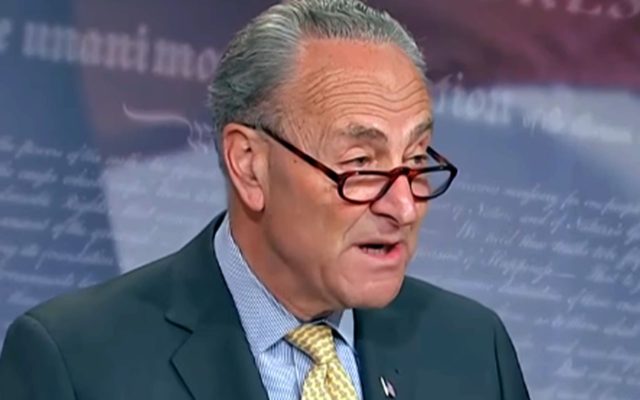 American liberals have earned quite a reputation for threats.  One activist stalked Republicans and tried to assassinate congressman Steve Scalise just three years ago.  Antifa, a liberal terrorist group, has drawn blood on the streets of Portland. When Republicans used parliamentary procedure last week to block a bill in the Oregon Legislature, Democrat Governor Kate Brown ordered state police to arrest them and drag them back to Salem in irons.  Yesterday morning, the top-ranking Democrat Party member in the Senate stood right on the steps of the U.S. Supreme Court and threatened two members of the court by name. Senator Chuck Schumer warned that Justices Neil Gorsuch and Brett Kavanaugh “released the whirlwind…and you won’t know what hit you if you go forward with these awful decisions”.  The court is only considering a law from Louisiana that requires abortion doctors to be approved by local hospitals. Federal law makes it a crime to threaten America’s elected officials. Senator Schumer and his buddies have lost the congress and the courts and most state legislatures…and this fall they’ll lose the White House…again. Never underestimate desperate people. You never know how far they will go to get what they want.