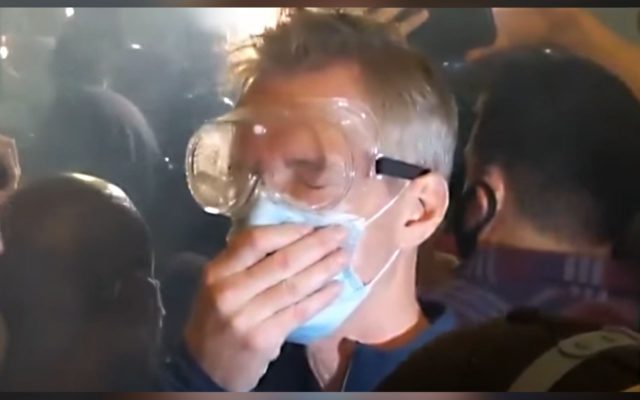 So, what did Mayor Ted Wheeler order police to do in the face of riots that threatened Portland?

One message to aide Sonia Schmanski had the millionaire mayor saying that the Rose City had “nothing to lose”.

Because the Mayor’s “do nothing” orders to police produced just what anyone with more than a room temp IQ could tell you…more riots.

And by “nothing to lose”…did Wheeler mean

Trips to the hospital for officers and protestors and bystanders?

Tens of millions of dollars of property damage?

A now nationwide reputation for chaos and violence.

And when a real leader like Donald Trump sent in federal law enforcement, Wheeler whined they made it worse

So the Feds left…and the riots ramped up again.

Does Ted have a plan “B”.  Don’t hold your breath…unless you’re in range of Teddy’s Tear gas.

TheLarsLarsonShow · Lars Thoughts – Does Ted have a plan “B”? Don’t hold your breath.
Tweets by LarsLarsonShow