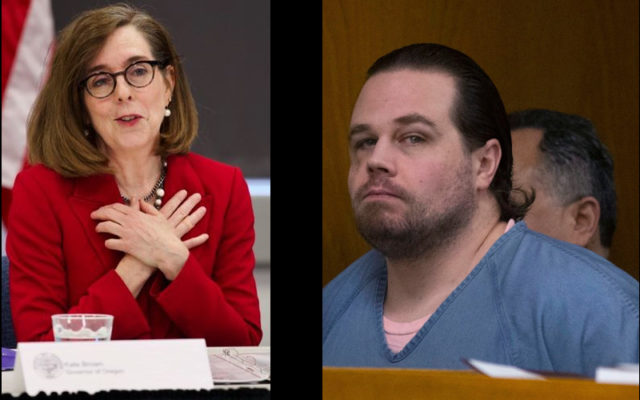 Courts took it away, so voters put it in the Constitution. Governor Kate Brown ignored voters. She never asked because she knew what they’d say. Instead, she made a loophole around the death penalty. 3 years ago, self described white nationalist Jeremy Christian picked a fight with two teenage girls. When three men came to their defense, he stabbed all of them, killing two.

When his knife went in those necks, capital punishment was still on the books. He told police “”I just stabbed a bunch of (Mother-blanks) in the neck … I can die in prison a happy man”. Only he won’t. Kate Brown and Oregon lawmakers saved him.

Voters intended the death penalty for covicted monsters just like Jeremy Christian. When Christian goes to prison, he can now kill with impunity…convicts or guards…because Kate Brown made sure no matter how he kills, there’s no more penalty he can face.