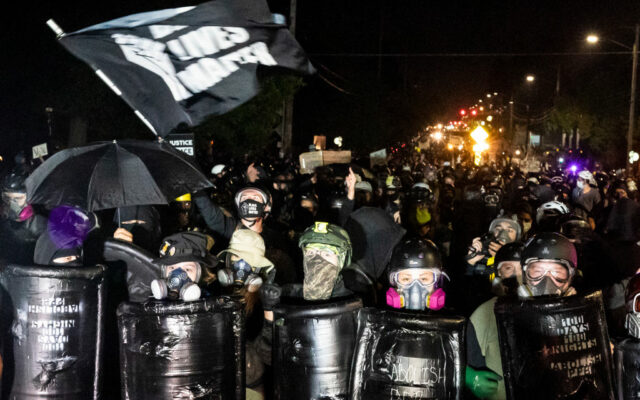 All over America and here in the Northwest, businesses boarded up their windows against the damage they expect.

Both Portland and Seattle have seen more than 150 nights of riots…all launched by Left wing political groups including Antifa and BLM. Politicians in Oregon and Washington made a calculated decision not to arrest.  Not to prosecute.  Not to do much of anything…and the rioters took that message to the bank…and every other business they looted or set on fire.

They even killed one man in Portland and two in Seattle.

And authorities did nothing.

Right Wing riots?  Haven’t seen a one of those.

But it does tell you something…Kate Brown expects Donald Trump to win…and she thinks that will set off a new round of violence from the group’s she’s never bothered to condemn…her political allies in Antifa.