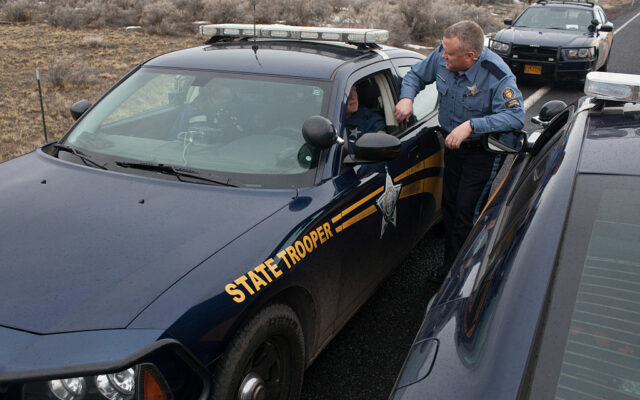 The Northwest has a major problem in the China Virus but its bigger, longer lasting problem is lack of trust.  Government doesn’t trust citizens to do the right thing on their own…and that breeds distrust of government

This week, the most stringent lockdown measures against the pandemic go into effect.  Governor Kate Brown says, quote, “I’m not asking you, I’m telling you what to do”.

In fact, she’s doing more than telling, Governor Brown threatens fines and jail time for those who violate her dictates from Salem

And that leads Republican state senator Brian Boquist, to send a letter to the Governor, asking “Governor Brown on live cable and television appear(s) to have created new laws while ordering the Oregon State police to conduct extrajudicial armed raids against private citizens on their private property without a warrant signed by a Judge from a legal court of law. please clarify your instructions.  Not asking or interested in rhetoric, propaganda or any attempts for any justification. That can come later as well as who is going to prosecute those who survive the raids if such were conducted. Simple yes or no.

But a power mad government that assumes citizens are too stupid or uninformed to make the right decisions for themselves, IF they have they information is WORSE.

Kate Brown’s government has lied about significant parts of this infection from the start.  Now, knowing citizens don’t trust her, Brown feels it necessary to bring out the big guns of Government.