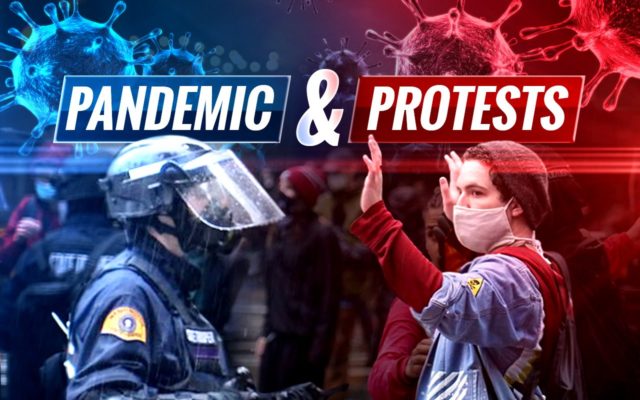 The Northwest has seen a record number of new China Virus cases in the last few days. Now, if only we knew why that’s happening. Health officials claim it’s a mystery.

After all, Multnomah county only began its reopening Friday.

If only we could identify something that’s changed in the last few weeks.

If only we knew what’s happened that might have caused people to gather in crowds of thousands, many of them not wearing masks, for hour upon hour and get that exposure.

Governor Kate Brown on Friday insisted that EVERYONE who goes out in public MUST wear a mask to protect against, to use President Trump’s term, the China plague.

But as the Daily Dead Fishwrapper reported this weekend “she won’t stop the… thousands who’ve gathered daily in Portland… to exercise their free speech rights”.

Since Brown and her officials have lied about this mess from the beginning, I suspect health authorities are playing the same game as New York City. Contact tracers have been told “don’t ask sick people if they’ve been to a protest”.