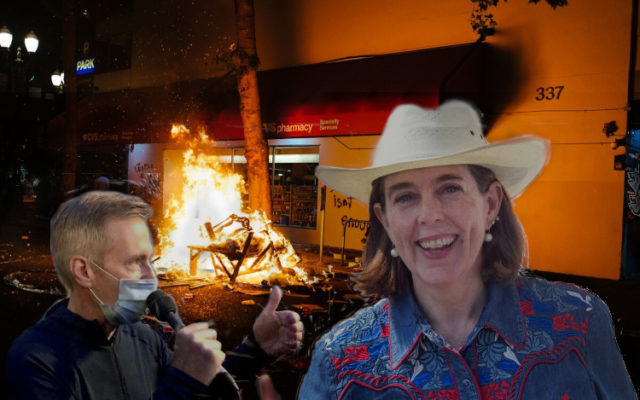 The Mayor and the Governor are too busy pointing fingers to pick up the tools they already have to put out the fire burning through Portland.

And now they find their friends in some of Oregon’s biggest counties won’t help out because police and prosecutors in The Riot City refuse to hold criminals accountable.

For nearly 100 nights, rioters have had their way with Portland.

You don’t have to be a rocket scientist to get the message.  “Anything goes”

Ted and Kate loudly and proudly refuse the help of the President and Federal Law Enforcement.  Attorney General Ellen Rosenblum is nowhere to be seen.

So what happens when the Governor declares she has a plan using deputies from neighboring Washington and Clackamas counties…without actually ASKING the Sheriffs….Pat Garrett and Craig Roberts say “no way”

The two Sheriff’s say they won’t surrender their deputies to the riot grinder in downtown, if Portland won’t enforce its own laws.   At some point, the Mayor and the DA need to have a “come to Jesus” meeting…and decide whether to do some actual law enforcement…or watch more burning and murders outside their windows