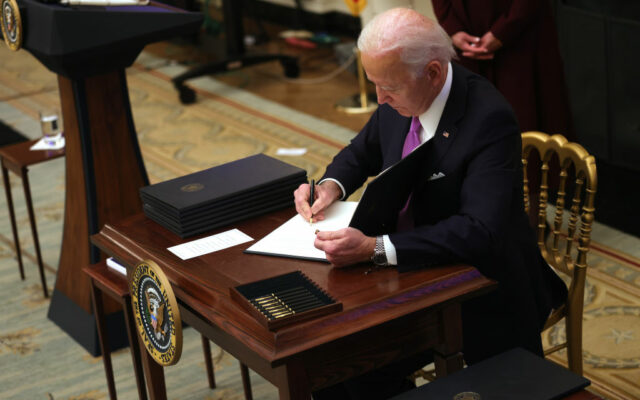 To paraphrase Sir Winston Churchill, President Joe Biden occasionally stumbles over the truth but he then quickly picks himself and hurries off.

Biden claimed in the campaign months ago he had a plan for China Virus. He did not.

He now says a committee he assembled has come up with a nearly 200 page plan that looks a lot like what President Trump did for months. Well, we all know Joe has been plagiarizing a long time.

Biden accused President Trump of having NO plan for distributing vaccines. So, Joe set the astounding goal of vaccinating a million people a day.

Only somehow, Donald Trump, with no plan according to Joe, managed to get to that goal, one week before Trader Joe took the oath of office.

Meanwhile, President Biden has banned the technology known as fracking that has made America energy rich

And he rejoined the Paris Climate Scam. that’s worth another 10 million jobs

Imagine the buyer’s remorse of union members whose union dues got Joe his new job…at the expense of their jobs.

NW Government Ignores The Rules When It Comes To Homeless, But Happy To Burn You