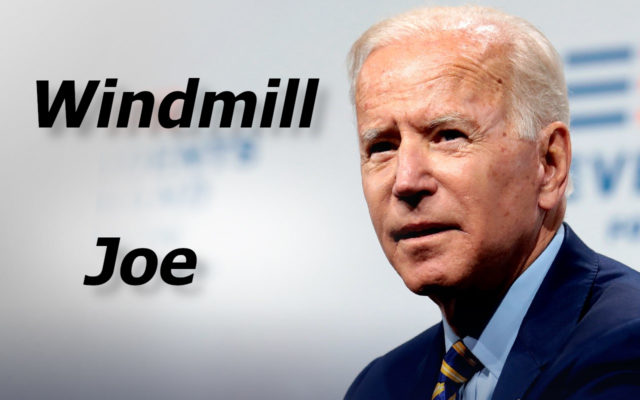 Joe Biden is a man with a plan. Well, actually Joe ripped it off from Alexandria Ocasio Cortez Green New deal. But Joe has been ripping off speeches and ideas for decades and it’s never held him back.

Most of us laughed when AOC, a former bartender who lucked into a seat in Congress, announced her 100 trillion dollar plan, warning that the world only had 10 years left before irreversible global warming brought the end of the world.

Biden, with his bargain basement 2 trillion dollar plan announced yesterday, says we only have 9 years. Biden proposes the end of gasoline but brags Americans will save money by not buying gas.

He brags the plan will produce a lot of jobs making the steel posts that hold up all the windmills he wants to buy with that money. He didn’t mention that the windmill blades and generators…the expensive parts…are made in China.

But when you remember all the millions of dollars the Biden family has made from China deals, it makes sense. Biden wants to force America back into the Paris Climate deal…which tells America to cut energy use dramatically while letting China keep polluting more and more well into the 2030’s. If you’re skeptical of things made in China what do you think of a democrat party candidate OWNED by China?