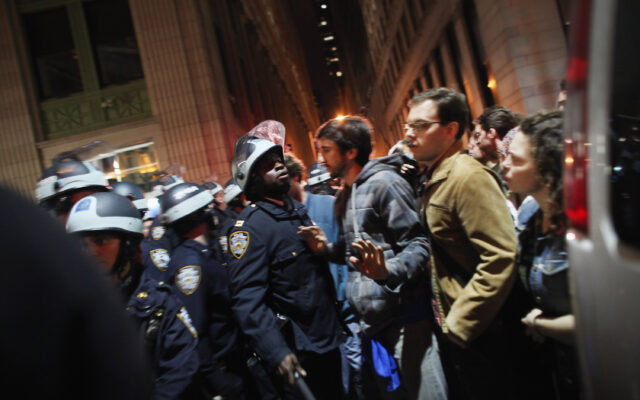 We keep hearing that the 120 plus nights of violence in cities like Seattle and Portland concerns racial justice.

One is the destruction of a statue of Abraham Lincoln at the Oregon Historical Society.  The author of the emancipation proclamation and the President who held America together through its toughest trial.

Data point two…Portlander John Jackson, a black American who served this country in the United States Marine Corps.  For six years he’s run Heroes cafe…a business that honors all who serve, in the military, and in public safety jobs.

I talked to Mr. Jackson yesterday…just days after someone made a threatening phone call to him…and then fired two through his front windows.

None of this is about racial justice.  It’s simply an excuse to riot and burn and shoot…and in at least one case, murder, in a city that has espoused racial diversity and liberal causes for decades.

And shame on those local politicians…most especially Future former mayor Ted Wheeler…for excusing the violence…which, no surprise, he finds impossible to control.