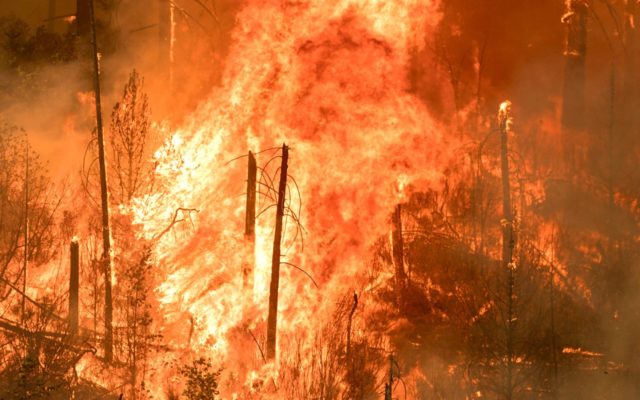 If you’re like me, you’re choking on the smoke this morning.

I also choked up when I saw the numbers.

Seven people dead in a couple of days after more than 200 wildfires in Oregon, Washington and California.

Oregon went almost three decades without a single large wildfire in the 50’s through the 80’s. Of course that was when we logged.

We don’t do that anymore. Today, we pay the cost in blood and treasure .
We also send strange signals about the sometimes deadly crime of arson.
So, should we be surprised by the arsons in the last two days.
A man from Puyallup, arrested yesterday for arson.
A woman from Spokane, in custody, for arson
Outside Eugene, a fire that forced evacuations…and a man arrested for setting it.
Near Medford, a man who actually told sheriff’s deputies he’d been setting fires in the forests and told them he’d set more if they didn’t give him a ride to town. They gave him one, straight to jail.

And the dead. A one year old near Renton whose parents ran for their lives from the fires and suffered third degree burns trying to protect their child

A 12 year old in Oregon and his grandmother…both dead.
A lot of us suspect that MANY of the fires in the last week have been arson.
If the police need suspects in the investigation of these deadly fires, I know some criminals who have been practicing their arson skills for more than a hundred nights in downtown Portland…knowing that the local DA won’t prosecute because he agrees with their politics.

TheLarsLarsonShow · Lars Thoughts – If you’re like me, you’re choking on the smoke TODAY
Tweets by LarsLarsonShow