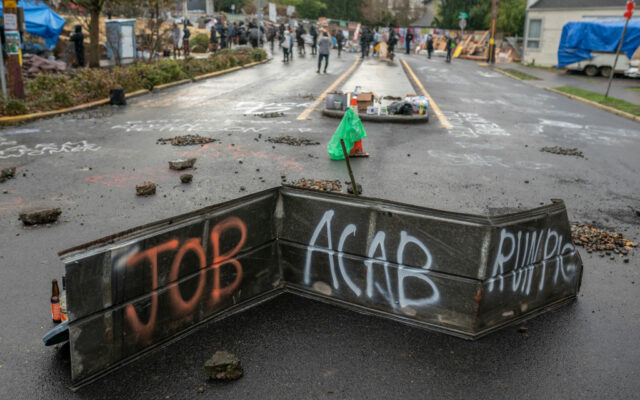 The great constitutional scholar, B Hussein Obama once reminded Americans “elections have consequences”

Well, the Pacific Northwest appears headed to a perfect storm of such consequences when it comes to crime.

Oregon and Washington have Governors who want to release thousands of already convicted criminals .

Seattle and Portland now have twin autonomous zones…Cal Anderson Park in the Queen city and the festering Red House Occupation in North Portland.

Leadership in both cities refuses to take definitive action to shut these things down, so expect them to grow.

And now a Federal Judge in Seattle is on the verge of deciding that once Antifa and the Concrete Campers set up shop on public property…the vagrants have property rights.

Like I said…a perfect storm…and it comes as government has cracked down harder than ever on the working, taxpaying, law abiding citizens…while the lawless anarchists among us get greater rights than ever