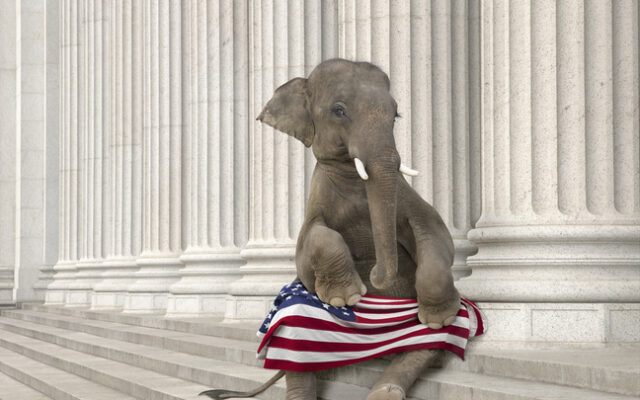 It’s that time again folks! Lars gives you his picks, and reasons for the 2022 Mid-Term elections.

You will notice, not every race has an endorsement, and that’s because Lars hasn’t had the chance to speak with the candidates yet, so this list WILL BE UPDATED as time goes on, and we have more of the candidates on the show.

With all that said, here’s Lars’ endorsement list for the 2022 mid-term elections!

US Senate to Replace Patty Murray

Joe is the man with the plan, he’s got a fantastic background in the military and knows how to get the job done, he’s put his life on the line for our country, and has firm ideas for how our country should be run, grounded entirely in conservative values.

Loren has been not only a solid supporter of law enforcement as the police chief of the town of Republic, but a staunch supporter of the second amendment, by vowing to keep the city a 2A sanctuary.

Like any politician, Cathy has room for improvement, but she’s a solid conservative who is pushing things in the right direction for her district.

Regan is a great GOP candidate, with reliable, conservative values. He’s done a lot as a member of the King County Council, and looks like he would bring that same reliability to the capitol building, which earned him Lars’ thumbs up.

Since the field is so wide and varied with more than a dozen registered in the primary, Lars decided to add a runner-up, and second runner-up to his endorsement list, to show that he does appreciate the values and experience these candidates all bring to the table.
Lars Pick: Bridget Barton

If you want to see our overview of the candidates, or listen to the interviews, click HERE

Jo Rae has shown herself to be a solid conservative, with the right mindset geared toward leading the state back toward a focus on morality and family values, and smart economic growth instead of just pushing one subsidized green-policy after another like Wyden has done for more than the past 2 dozen years.

Lars hasn’t spoke with any of the current candidates running to replace Bonamici, so he’s not able to give you his endorsement for an honest, and trustworthy candidate yet. As soon as we can connect with some of the candidates, this will be updated.

While not everyone is perfect, Cliff has done well in his first term as a replacement for long-time Congressman Greg Walden and had some big shoes to fill. Fortunately Cliff seems to be filling those shoes out well for the most part.

Lars hasn’t spoke with any of the current candidates running to replace Blumenauer, so he’s not able to give you his endorsement for an honest, and trustworthy candidate yet. As soon as we can connect with some of the candidates, this will be updated.

Alek is a rock-solid conservative and an American hero. He’s pledged to bring timber jobs back with a vengeance, and believes in small government, and big freedoms which should entice any conservative looking for a good choice to vote for.

While Lori may lean a bit too much on the fact that she’s a minority and a woman, the values and stance on major issues like the second amendment, right to life, and education are definitely there which makes her a stand out candidate that Lars supports.

Amy is all you can ask for when looking for a good, conservative GOP candidate. She knows her stuff, and she brings not only the right stance on the issues, but a good helping of common sense to the table. Lars backs Amy wholeheartedly for this race.

Judge Day brings several years of experience on the bench, and is hands down the most qualified person for the job

With experience in politics and law, good conservative values and a smart head on his shoulders, Lars thinks Kevin is the right fit for this district.

The Fibbing Bureau of Investigation Wants You To Buy Their Story

Is Hunter Biden really under a federal investigation?