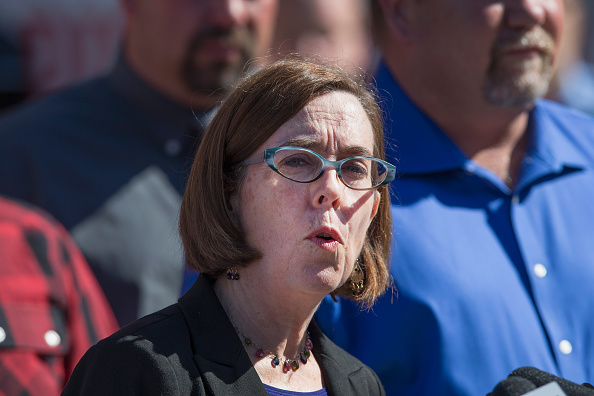 Sometimes, if you do it right, you can even make our government masters blink.

A thousand convicted criminals have walked out of prison over the last two years thanks to Oregon Lame Duck Governor Kate Brownshirt.  She doesn’t have to give a damn about what YOU think, cause she’s out of office in less than a year.

But Kate has plans to cut loose even more criminals.

The plan ran into a legal brick wall in the form of a lawsuit filed by two state District Attorneys and the families of three murder victims that we told you about last week.

Kate Brownshirt, who has acted like an autocrat the last two years…well, Kate blinked.

It leaves crime victims in the dark…and then, the Governor illegally tried to hand her powers of clemency off to state agencies…so she could do the deed, and then duck the blame.

A Judge has now ordered Queen Kate and her agencies to respond in court two weeks from now…and show up for a hearing by the end of this month.

In the meantime, the exit door for criminals is locked shut.

I like this: let’s make more of them blink!