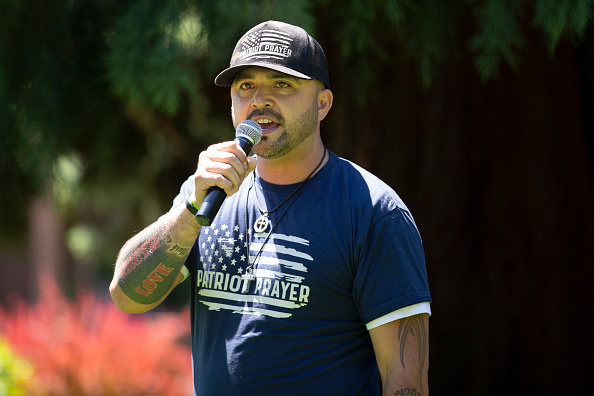 Three years ago, a good man named Joey Gibson of Patriot Prayer tried to warn Portlandia about the dangers of Antifa.

Not only did the city ignore him, he was arrested, charged and prosecuted for riot.

His attorneys went into court and told a federal Judge “there’s no evidence at all from multiple videos that our client did any such thing”.

Attorneys for the state of Oregon then lied to the Federal Judge and promised it would all come out at Joey’s trial.

This week at his trial, a State Judge decided Gibson was right…there was no evidence, and the state of Oregon lied.  Multnomah County’s crazy DA, Mike Schmidt, who has declined to prosecute more than a thousand real criminals got slapped down hard by the Judge for the political prosecution of Gibson.

All charges dismissed by the Judge…Joey Gibson of Patriot Prayer goes free.

Now, if officials had listened to Gibson, it might have avoided the deadly riots that consumed downtown Portland with a hundred nights of arson and looting and violence.

But Gibson’s attorney says Portland Mayor Ted Wheeler sent out an email confessing that his real goal was to silence the founder of Patriot prayer.