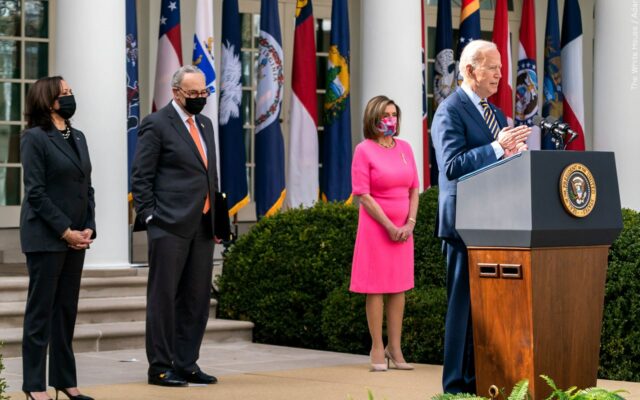 Flashback: Joe Biden made a bold promise to American taxpayers during his campaign. “Not a penny in taxes,” the former vice president declared that no American making less than $400,000 per year would be subjected to higher taxes if he were elected president.

Yet, here we are a year and half later: Joe Manchin, Chuck Schumer and Joe Biden are so desperate for money to pay for their Green New Deal, they want to raise taxes on people living below the poverty line. For more information, Lars speaks with Akash Chougule, who is a Senior advisor for Americans for Prosperity.

TheLarsLarsonShow · Akash Chougule – Would the Green New Deal tax people making as little as 10k a year?
Tweets by LarsLarsonShow