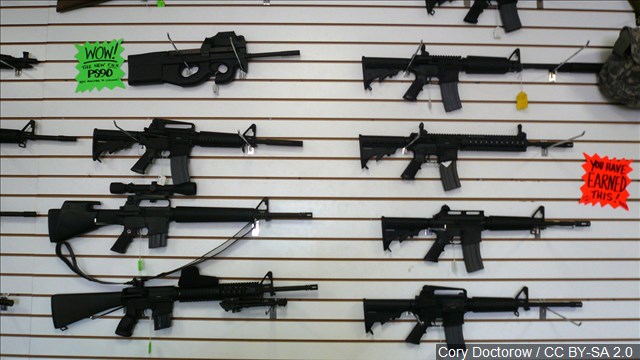 If Joe Biden’s anti gun proposals were not so laughably insignificant, it would be funny.

He plans to bypass Congress and wants states to violate Constitutional due process rights of citizens.

So called Ghost Guns. Biden doesn’t ban them…he only requires that you pay a 200 dollar tax to the government

Gun braces developed to let disabled vets hold and aim a pistol…he’ll simply make it harder to get.  Someone call the Americans with Disabilities act.

And then Red Flag laws.  Joe Biden wants every state to pass laws that let your family and friends tell a judge you’re crazy…and the Judge can order your guns confiscated…and you don’t get a say.

Maybe Gun Grabbing Joe’s law school didn’t teach the Fifth Amendment.  You know, the one that promises no one shall be “deprived of life, liberty or property without due process of law.”

The one thing Joe Biden didn’t call for?  Fully funding police.  Taking off the handcuffs and letting officers actually enforce the laws.  Shutting down terrorist organizations like Antifa and BLM that have done billions of dollars in damage to American cities in less than a year…and left three dozen murdered citizens in their wake.