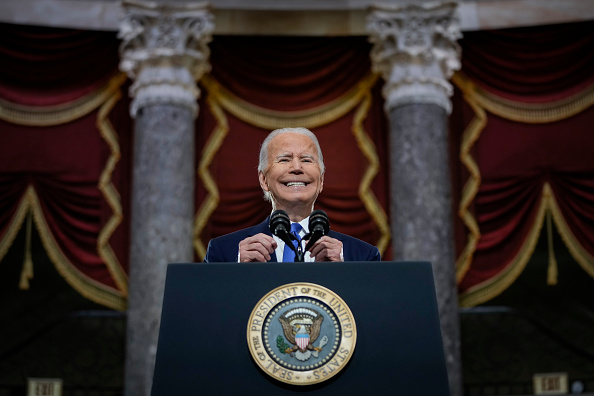 Today, they hit a crescendo on the anniversary of January 6th and the capitol riot.

Let me focus on just two of them.

That’s just a flat out lie.

The Washington D.C. Medical examiner confirmed that officer sicknick died of a stroke, one day after the capital incident and that he had no injuries from that day which caused the stroke.

Think of that: President Joe Biden makes an accusation of MURDER against Americans despite clear evidence no such murder happened.

Second…Biden claims anyone who’s concerned about the laws broken in the November 3rd election is lying.

That’s another slam on tens of millions of Americans who have seen the evidence that Biden’s victory was the result of unconstitutional law breaking.

Biden referred to President Trump a full one dozen times today but never had the guts to actually say his name.

What is he: Voldemort?

A humiliating and deadly Afghanistan retreat