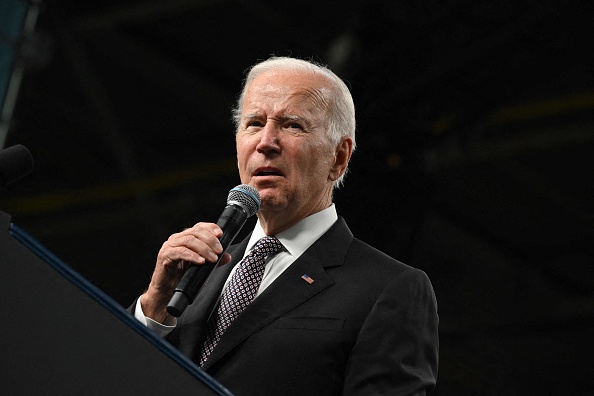 I’m old enough to remember when liberals warned that Ronald Reagan would take us into nuclear war.

Instead Reagan’s strength brought down the Berlin wall.

Then libs predicted Trump would crash the stock market and take us to war.

We got peace and prosperity and the rebuilding of our military.

Liberals assured us Joe Biden was a safe choice

We got a wrecked economy headed to recession.

Military gone “woke” its supply of weapons donated to the Taliban or sent to a war in one of the Biden Crime family’s favorite haunts…Kiev.

Then, last night, Joe Biden chose a private political fundraiser, at the home of some rich, New York City donors to, off the cuff, warn that America’s as close to nuclear “armageddon” as we’ve been since Kennedy’s Cuban Missile Crisis.

Of course, this is the same Commander in Chief who promised Afghanistan would not fall quickly, that Americans would not be left behind.

The same demented Joe who offered that Russia might only stage a “minor incursion” of Ukraine…then seemed to demand the forcible removal of Putin when he said, quote “For God’s sake, this man cannot remain in power.”

Does anyone still insist that America has a steady hand at the wheel of our “ship of state”?

I warned you, this is what happens when you mail-order a president from someone’s basement…and, unfortunately, we can’t send this bad merchandise back to Amazon for a refund.