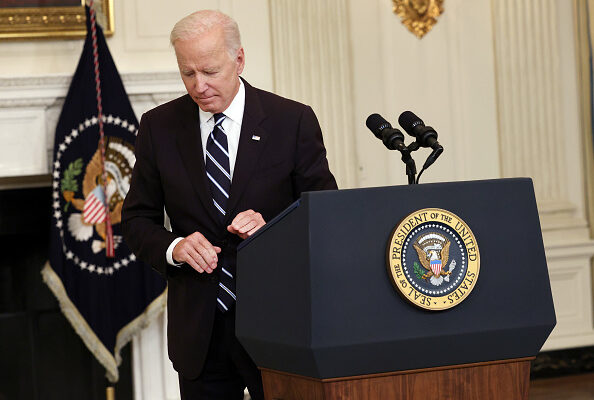 Tomorrow, we mark 20 years since the terrorist attacks on American soil that most never could have imagined.  Our prayers go out to all who lost someone on that day and to the families of those who died hunting down the terrorists responsible.

Today, we’re watching an equally unimaginable attack on America this time from the President.

People like Biden call themselves “public servants”…but his tone last night was anything but: (quote) “My message to unvaccinated Americans is this: “We’ve been patient, but our patience is wearing thin.”

Speaking of patience, not even 8 months into this fraud President his approval has dropped to the 30s with most Americans disapproving of his job performance.

We have crazy gas prices, the highest inflation in a decade, and millions of Americans refusing to go back to work because Joe’s paying them NOT TO. he’s even negotiating with the Taliban for American hostages

And now we have the vaccine mandate Biden promised he would not seek…which is nearly certain to get shot down by the courts.

Unlike the Taliban and Osama…we know where to find America’s latest enemy this time.