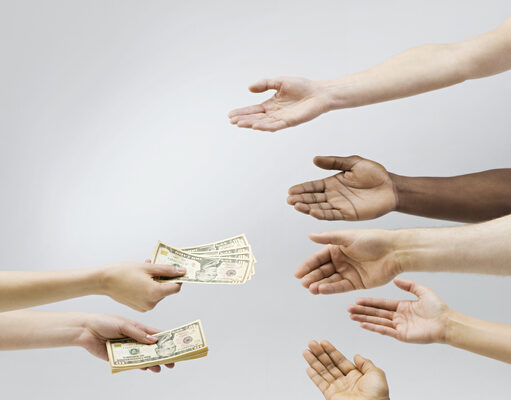 You insult drunken sailors if you compare them to “Open Borders” Joe Biden.

His latest nutty idea: Pay illegal aliens hundreds of thousands of dollars in reparations for the damage they allegedly suffered under President Trump.

You see, Trump followed the law.  It says if adults cross into the United States illegally and have kids with them…adults get arrested: Kids go to social workers.

We treat Americans the same.  We don’t send kids to adult jail when mommy and daddy go to the Hoosegow.

But President Biden…part of the Obama team that invented “cages for kids” more than a decade ago…is champing at the bit to give your tax dollars away to criminals.

Biden’s Justice Department proposes giving up to a million bucks to every parent separated from a kid at the border.  Yes, the same Justice Department that’s sending the FBI out to hunt down American parents who complain too loudly to their school board.

I’ve always heard that “crime doesn’t pay” but now that America has a President whose son has cleaned up big time with China scams and fake artwork sales.

Joe’s decided…Citizens get the jab and Border Jumpers get the bonus.