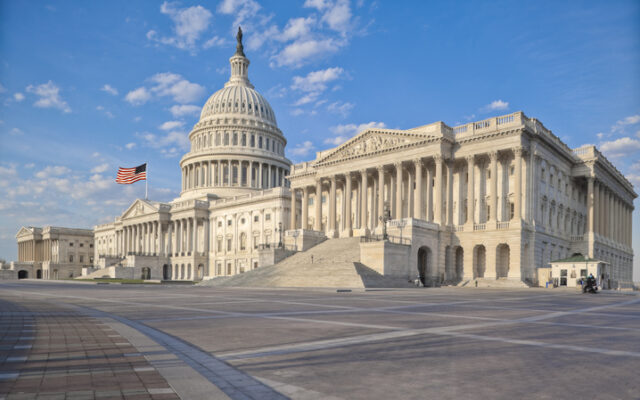 The east side of the US Capitol in the early morning. Senate Chamber in the foreground.

This morning the House passed the obscenely expensive “build back better” act.

We can only hope it runs into a roadblock in the 50/50 Senate.

Officially it costs 2 trillion or about 6 thousand for each man, woman, and child in America.  But the math gets more complicated.

Congress used accounting gimmicks to get to 2 trillion…like programs that last ten years, but funding for only a couple.  The real cost, more like 5 trillion.

Joe Biden promised it would cut the deficit by 100 billion.

Pelosi wanted the vote before the Congressional Budget Office came this week and announced it will bust the budget with 160-billion in NEW red ink.

Biden’s lies were only off by a quarter trillion.

And yes, there are jobs building heavily subsidized electric cars…but only for union members…that’s 6% of American workers.

All are equal under build back better…some are just MORE equal than others.