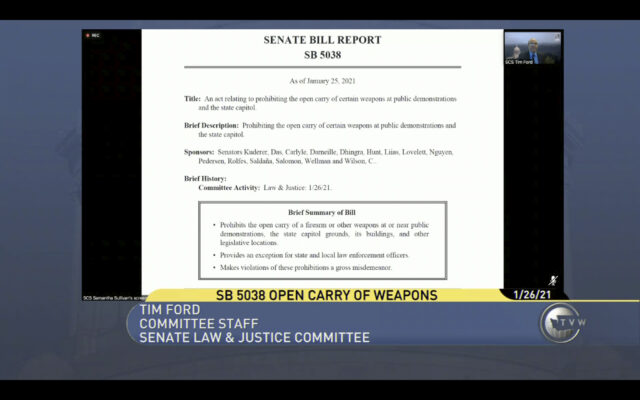 A new gun bill in Washington State under debate in the state Senate, Senate Bill 5038 would prohibit people from openly carrying their firearms when they are at a protest around the capitol. This of course tramples all over Washingtonians second amendment rights.

To discuss this further, Lars spoke with Washington State Legislative Rep. Jim Walsh, (R-Aberdeen) who is not too happy about the debate to take people’s rights away.