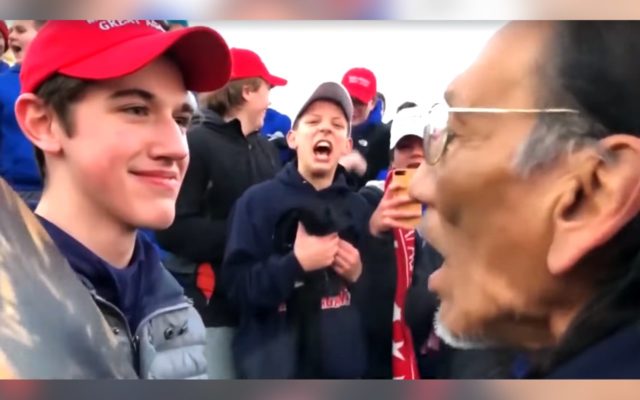 On Friday, Nick Sandmann (left of the photograph), a junior at Covington Catholic High School, says he and his classmates were waiting for their buses to arrive at the Lincoln Memorial when a handful of African-American protesters began shouting “hateful things” at the group of boys. Later, a separate group of people approached the students, a man named Nathan Phillips (right of photograph) walked into the middle of the group , banging his drums. After Nathan Phillips told his side of the story to press, Lars speaks with Master Chief Petty Officer (MCPO) Terence B. Hoey USN (Ret.) on why Phillips story doesn’t add up. Listen below.