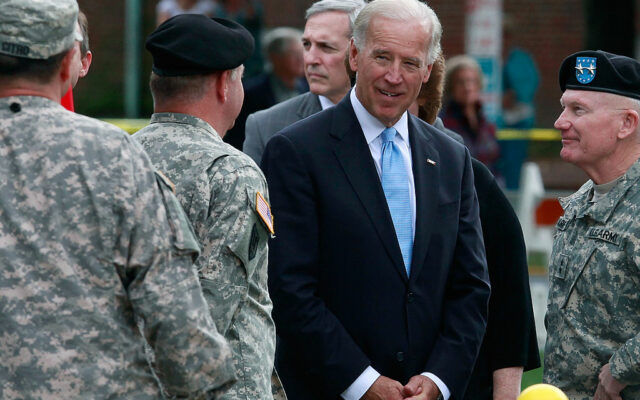 Where is China Joe Biden leading America’s military, and will it bring us to ruin? Former member of Congress, Bob Barr talked to Lars about a recent piece he wrote for the Daily Caller, explaining where the Biden administration is leading our armed forces, and what it means for America’s safety and security in the future.

Although our Founders correctly recognized that the overriding responsibility of the president is to secure our liberties by “protect[ing] and defend[ing] the Constitution,” in this modern era most Americans likely would consider that the most important job of the president is to serve as “commander-in-chief” of the armed forces, and thereby protect the nation’s security. If so, the new Biden administration is establishing a rather odd vision for how the Department of Defense will meet its responsibilities in this regard.

The national defense priorities of this administration, as revealed in public documents issued already by the president and his chosen Secretary of Defense, retired Army Gen. Lloyd Austin, reflect a sharp departure from his recent predecessors and from historic norms.

In one of his first executive orders, Biden chose to exercise his power as commander-in-chief not to affirm or reaffirm the need for a strong military defense against our nation’s adversaries or to announce an important national security initiative as a way to send a message to a particular adversary. No, the most important national security issue on the mind of the new president, insofar as official public pronouncements reveal, is protection of transgenderism in the military. This was affirmed in presidential Executive Order No.14004 signed just five days after he assumed office.

View the rest of the article HERE