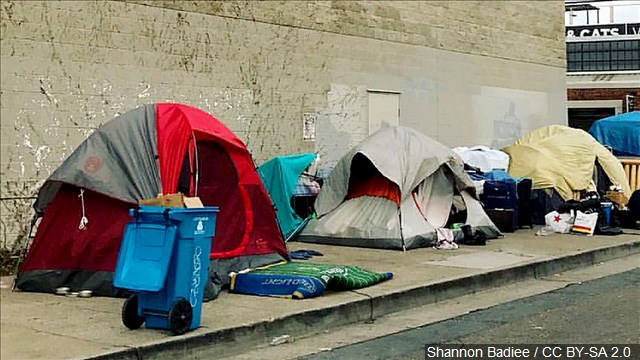 If you want more of something, all you have to do is subsidize it.

Northwest politicians never seem to learn that lesson, so let me give you two examples close at hand.

Oregon has a lot of illegal aliens.  That works out well for employers who need cheap labor, often off the books.  Not so well for citizens and legal immigrants to want to find good paying jobs.

Already, the state has shoveled out 60 million in subsidies for illegal aliens.  And now it plans to do another 110 million.  The reason the state is doing it:  the Congress specifically and wisely excluded illegals.  Why would you give taxpayer money to folks who are breaking so many laws.

Meanwhile, Seattle plans to subsidize the homeless even more than it does already.

Puget Sound Governments spent a quarter billion a year on “concrete campers” before the ‘Rona.  Now, Seattle plans to take a hundred million of Covid relief money and spend it on thousands of drug addicts living in tents next to your kids’ school.

They could spend it on the hundreds of thousands of people who actually paid that money in taxes…like you and me.

One of the easiest lessons in econ 101:…want more of something?  Pay for it.

So…more money for illegal aliens and drug addicts…don’t be surprised when we get more of that.

If you like that kind of thing, vote for democrats at the next election.