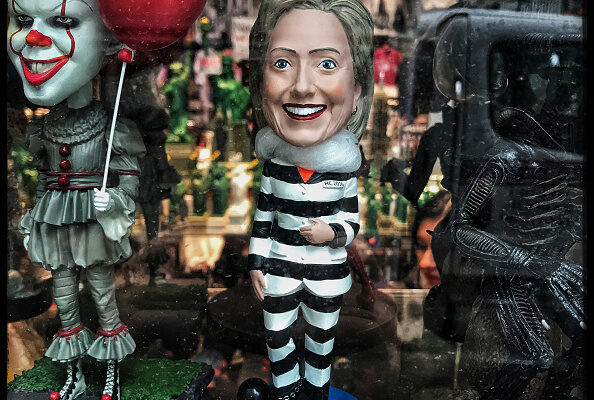 I still think there’s time to fit Hillary into that orange jail jumpsuit.  Now, before you get your “woke” knickers in a twist, consider what we know.

Yesterday, the second arrest of a Clinton associate in the Russian Hoax and more Clinton buddies were named but NOT yet indicted by special counsel John Durham.

Igor Danchenko…I know, he sounds like a villain in a James Bond movie…anyway, Igor, desperate for money, makes up crazy stories from his drinking buddies and sells them to former British secret agent Christopher Steele who was working for Hillary Clinton and the Democrat National political Party.

Hillary pawns off the fictitious “steele dossier” on the media to destroy her nemesis Donald Trump and still LOSES!

I know…crazy, right?  But it’s all in the indictment.  The FBI knew about the Hillary scam…and even briefed Barack Hussein Obama…and, wait for it, Joe Biden, too.

Since Igor, a U.S. Resident only because of his green card status, doesn’t want to be found guilty of the federal felony he’s accused of…because that would mean a return to sunny Ukraine…I figure he sings like a song bird to the FBI.

More Durham indictments seem likely…and then prep up a bed at the GrayBar Hotel for Hillary.