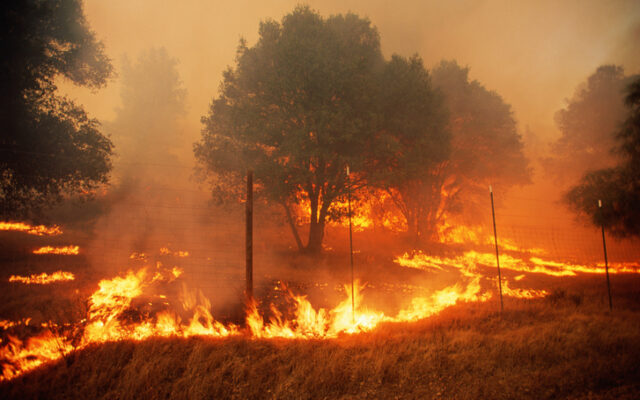 Literally dozens of fires burn in Northwest forests at this point.  The biggest of them, the “Bootleg fire” is already two thirds the size of the largest fire in recorded Oregon history…the “Biscuit fire” back in 2002.

It doesn’t have to be this way.

Forest scientist Dr Bob Zybach points out that for thirty years between the mid fifties and the mid 1980’s we had only one large fire.

Well, back then we saw lots of logging in the forests that created hundreds of thousands of jobs and kept the forests safe.  They cut trees, made money, paid lots of taxes, built roads and then replanted.

But in the 80s, anti logging activists won court victories and logging dropped to a fraction of its former glory.  Now, we have become accustomed to seeing hundreds of thousands of acres burn every year.  Last year, the cost of fighting fires topped one third of a billion dollars in Oregon alone.  Oh, and 4-thousand homes burned too.

Every year, billions of board feet of timber grows.  We could cut that much every year and literally NEVER run out of trees.  Instead, we harvest a tiny fraction and leave the rest of it to burn.

If that makes sense to any of you, please call me up and tell me why.

In the meantime, understand that the smoke you’re choking on is a choice…and an expensive one at that.