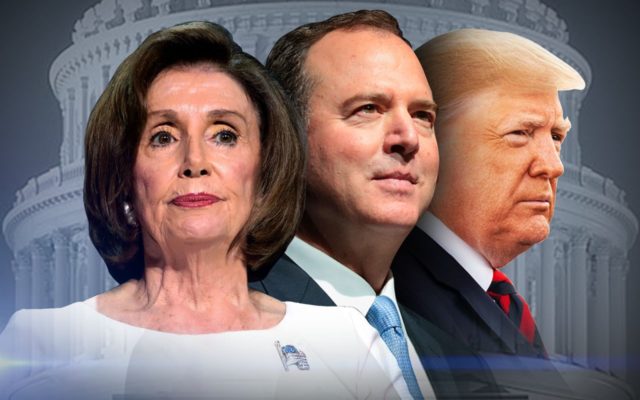 Yes, I’m worried about the Coronavirus escaping but the Chinese Communists seem to have handled that by simply locking 20-million citizens up in their infected city. Back here in Free America, it’s Trump Derangement Syndrome that has me worried.

That fever burns bright in Elite Democrats like Congressman Adam Schiff…who leads the two dozen hours of Trump Trial Talking in the Senate…which WILL not lead to the removal of the President.  So Shifty, why not just let voters decide 8 and a half months from now?

Remember the good old days, 3 and a half years ago, when candidate Hillary Clinton demanded that Donald Trump accept the results of the election…no matter how badly he did?  Democrat elites now say we can’t trust elections to voters…so THEY will decide which President we get. Here in the Northwest, we’ve seen plenty of this deranged. Voters vote FOR something and the government reverses it.  Voters vote AGAINST something and the government does it anyway.

And now, we have to trust the likes of Shifty to decide the Presidency.