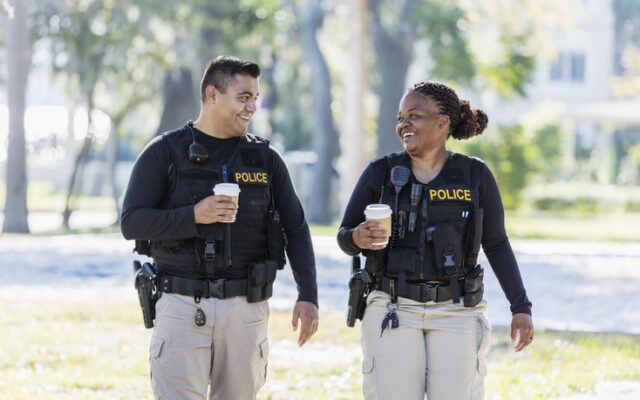 I don’t hate the cops and I’d guess most of you don’t either.

But sadly, too many in Portlandia subscribe to the Antifa “All Cops are Bastards” mantra.

Case in point, the owner of the Bison Coffeehouse.

A group of criminals launched an attack on the business in Northeast Portland.

And what inspired this assault?

“Coffee with a Cop”

Loretta Guzman makes her living from selling cups of Joe to folks in the Cully Neighborhood.

When police asked her to host a two hour event to let people in the area sit down and get to know the cops…and so officers could hear their concerns…she readily agreed.

She even advertised the opportunity.

Ms. Guzman apparently forgot that in a town that constantly pats itself on the back for tolerance and diversity and inclusion…that only applies to things the PC Woke crowd endorses.

So six of these criminals trashed the business…broke windows for no reason other than working with the police for public safety.

Mobs in the streets have spent the last couple of years demanding defunding the police…city hall delivered what they wanted…and a crazy district attorney sent the message loud and clear…if you commit crimes for the cause of chaos, no punishment will follow.

I hope right thinking folks will help Ms. Guzman clean up the mess…and then flood Bison coffeehouse with business.

And when they catch these criminals…demand the DA actually do his job and throw the book at ‘em.