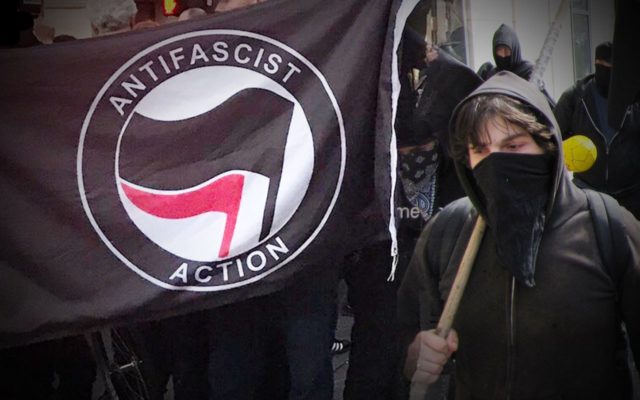 If you think we have violent crime problems now, just wait.

Northwest cities have lost hundreds of the best cops to retirement and smaller cities that don’t tolerate nonsense from Black Lives Matter and Antifa Terrorists.

Yesterday, I spoke with Jamee Anatello, a mother of five who was in Portland’s Waterfront park Saturday when an Antifa Warrior launched an explosive at her and her 8 month old baby.

Since much of the media has characterized the attack as just another dust up between Antifa and White Supremacists…which is false…I’ll point out that Jaime is a black woman.

The Antifa thugs shouted “All cops are bastards, in Jesus name, amen” and “where’s your God now?”.

The Christians called for help but Police never showed up .  Where’s your hate crime laws now?  Do they not apply to a black woman and her five kids, attacked in broad daylight with weapons in a public park…or do they not apply because she’s a Christian.

Is it open season on people of faith now?

Last night I found out that the rapidly shrinking police bureau…which runs its remaining officers into the ground with double shifts against massive increases in murder and other violent crime…has now forbidden pepper spray and crowd control munitions.

I guess it’s down to batons and bare fists for the thin blue line.  For citizens who are worried…keep your powder dry: you’re gunna need it