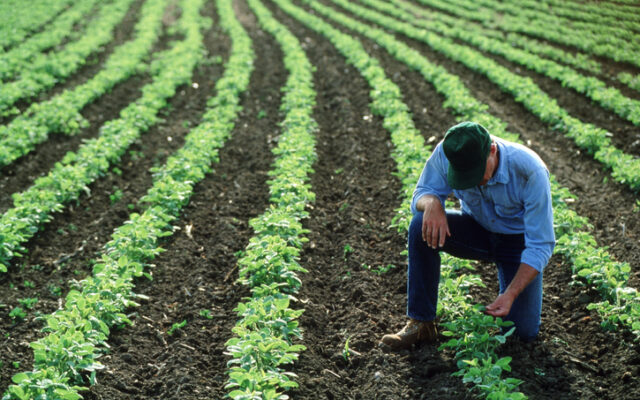 But now, the Northwest has a dumb one that tops that: Farmers versus fish.

And in these green times, which one do you think comes out on top?

Turns out sucker fish are superior to the needs of human beings in the Klamath Basin.

115 years ago, the U.S. Bureau of Reclamation created the biggest water management project in America.  It promised farmers, if you’ll grow crops on a quarter million acres of otherwise useless land, we’ll water it.

Farmers kept their end of the bargain.  The government, as usual, did not.

20 years ago the Federal Government literally sent in armed Federal Marshals to cut off water to farmers based on a Federal Court decision that had to be rescinded a year later.

Hey farmers, sorry about your dried up crops.

This time, it’s the Indian Tribes who want the farmers cut off so there’s enough water for…believe it or not…a sucker fish.

News reports this way “no juvenile sucker fish have survived in recent years”.

So we’re ready to kill off the living of farmers, for a non-existent fish.

And you thought turning boys into girls was crazy.