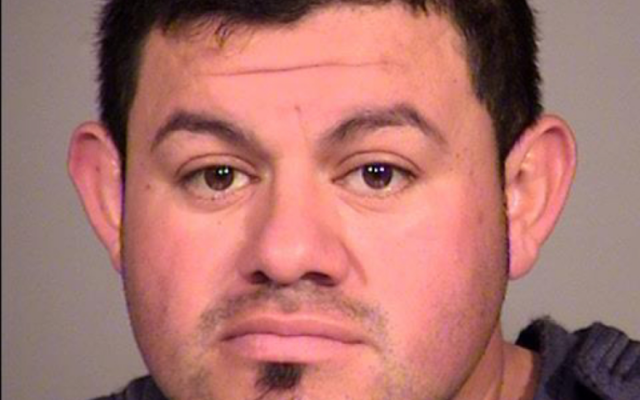 It has been an interesting first week in the month of November 2021 when it comes to criminal aliens (illegal aliens) here in the Pacific Northwest states of Washington, Oregon and Idaho.

The October 31st VPD news release didn’t disclose the name of the two-year-old child victim or alleged adult father perpetrator of the homicide only an outline of the date, time and suspected locations the alleged crimes occurred in the states of Washington and Oregon.

The PPB news release confirmed the location of the alleged homicide of the two-year-old child as having occurred in the state of Oregon.

The “Criminal Aliens of the Week Report Vancouver” investigated and determined on November 1, 2021 Gustavo Villalobos-Carranza (CFN: 243099) was in the custody of the Clark County Jail (CCJ) in Vancouver, Washington.

Since Gustavo Villalobos-Carranza’s arrest by the Vancouver Police on October 31, 2021 for the alleged crimes that took the life of a two-year-old child, his initial custody at the Clark County Jail in Vancouver, Washington, law enforcement authorities have transferred him across state lines to the custody of the Multnomah County Jail (MCJ) in Portland, Oregon.

Some background information, on Monday, November 1, 2021 the “Criminal Alien of the Week Report” was searching for an individual involved in a crime to have U.S. Immigration and Customs Enforcement (ICE) Public Affairs investigate in regards to that person’s immigration status.

On Wednesday, November 3, 2021 ICE Public Affairs Officer David Yost sent the “Criminal Alien of the Week Report” via e-mail the following statement on the immigration status of Gustavo Enrique Villalobos-Carranza:

“U.S. Immigration and Customs Enforcement (ICE) filed an immigration detainer on Gustavo Enrique Villalobos-Carranza with the Multnomah County Jail in Portland, Oregon, Nov. 2, following his Oct. 31 arrest related to the death of a child. Villalobos-Carranza is not currently in ICE custody. ICE places immigration detainers when the agency has probable cause that a noncitizen may be removable (deportable) from the United States.” – David Yost, ICE Public Affairs Officer.

Gustavo Enrique Villalobos-Carranza if found guilty and sentenced to prison in a Multnomah County Circuit Court room for any or all the of the three crimes he has currently been charged with could result in him joining more than seven hundred criminal aliens, all of them with immigration detainers, who are incarcerated in the Oregon Department of Corrections (DOC) prison system.

Lars, the first week in the month of November 2021 and another “Criminal Alien of the Week Report” for Lars Larson Show KXL FM 101.1 Pacific Northwest radio listeners and followers of the show’s website.