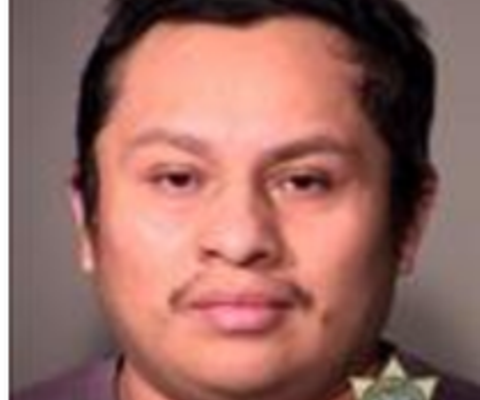 It has been an interesting second week in the month of October 2021 when it comes to criminal aliens (illegal aliens) here in the Pacific Northwest states of Oregon, Washington and Idaho.

This week we have a “Criminal Alien of the Week Report” for your radio listeners and webpage readers a news report on an illegal alien who was convicted and sentenced to prison for sex abuse of a child in the state of Oregon.

Some historical information from the MCDA new release, 41-year-old Jose Moo-Caamal’s sex crimes were perpetrated against a young female over an extended period time of the girl’s childhood (approximately 6 to 14-years-of-age).

Sentenced on 09/15/2021 for the preceding 20 Sex Crimes Convictions to Incarceration in Oregon Department of Corrections.

So on Monday, September 27, 2021 the “Criminal Alien of the Week Report” contacted via e-mail U.S. Immigration and Customs Enforcement (ICE) Public Affairs Officer (PAO) David Yost to find out the historical immigration status of Jose Moo-Caamal.

“Jose Moo-Caamal is a Mexican national who is unlawfully present in the United States. Moo-Caamal was first encountered by U.S. Immigration and Customs Enforcement (ICE) March 25, 2020, at the Multnomah County Jail in Oregon after his arrest for multiple charges related to sexual assault. Oregon Department of Corrections (ODOC) took custody of Moo-Caamal after his conviction for sexual abuse, sodomy, and rape. ICE placed an immigration detainer on Moo-Caamal with the Multnomah County Jail. Moo-Caamal is scheduled for release Sept. 01, 2049. – David Yost, ICE Public Affairs Officer.

Mexican national Jose Moo-Caamal, now in the custody of the Oregon Department of Corrections, is one of more than four hundred criminal aliens with immigration detainers placed on them who are currently incarcerated for sex crimes in the DOC prison system.

Lars, the second week in the month of October 2021 and another “Criminal Alien of the Week Report” report for Lars Larson Show KXL FM 101.1 Pacific Northwest radio listeners and webpage readers.