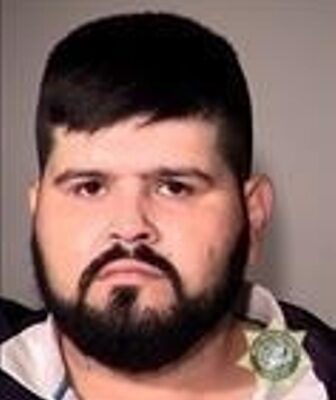 It has been an interesting first week in the month of September 2021 when it comes to criminal aliens (illegal aliens) here in the Pacific Northwest states of Oregon, Washington and Idaho.

This week we have a “Criminal Alien of the Week Report” for your radio listeners and webpage readers a report on a illegal alien money launderer who operated in the state of Oregon.

According to the USAODO Public Affairs’ news release Mexican national Jesus Gonzalez-Vazquez, age 37, was the subject sentenced to132 months in federal prison for the crime of Money Laundering.

A significant fact, the USAODO Public Affairs’ news release credits Homeland Security Investigations (HSI) as a lead investigator in the take down of Jesus Gonzalez-Vazquez’s money laundering organization that operated in Portland, Oregon.

“Drug cartels thrive on their lust for money and power,” said Special Agent in Charge Robert Hammer, who oversees HSI operations in the Pacific Northwest. “Operating under the guise of a small convenience store, Vazquez funneled millions of drug profits back to Mexico. This sentence is a successful step towards removing the ability of the cartels to collect their profits from the poison they inject into our communities.”

An import bit of information left out of the USAODO Public Affairs’ news release was the immigration status of Jesus Gonzalez-Vazquez.

So on Tuesday, August 24, 2021 the “Criminal Alien of the Week Report” contacted via e-mail U.S. Immigration and Customs Enforcement (ICE) Public Affairs Officer (PAO) David Yost to find out the historical immigration status of Jesus Gonzalez-Vazquez.

“Jesus Gonzalez-Vazquez, 38, is a Mexican national who is unlawfully present in the United States. Gonzalez-Vazquez was initially encountered by U. S. Border Patrol twice in two days in May 2001, and was granted voluntary return on both occasions. Gonzalez-Vazquez was arrested in Oregon for conspiracy to commit money laundering in October 2019, and he was turned over to U.S. Marshals Service (USMS) custody at the time of his arrest. U.S. Immigration and Customs Enforcement (ICE) officers placed an immigration detainer with USMS Nov. 18, 2019. The U.S. District Court for the District of Oregon convicted Gonzalez-Vazquez July 28 of money laundering, sentencing him to 132 months in a federal prison where he is currently held.” – David Yost, ICE Public Affairs Officer.

On September 2, 2021 Jesus Gonzalez-Vazquez (Register Number: 81602-065) was in the custody of the U.S. Federal Bureau of Prisons (BOP) Sheridan FCI located in Sheridan, Oregon.