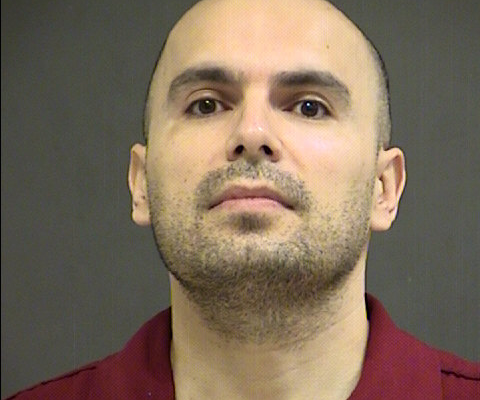 It has been an interesting first week in the month of June 2021 when it comes to criminal aliens (illegal aliens) here in the Pacific Northwest states of Oregon, Washington and Idaho.

This week we have a report for your radio listeners on a criminal alien who has been convicted, sentenced and incarcerated in prison for Manslaughter and Kidnapping in the state of Oregon.

In greater detail, the District Attorney’s Office’s news release revealed on May 25, 2021 “Rafael Mora-Contreras pleaded guilty to Manslaughter in the First Degree and Kidnapping in the Second Degree and was sentenced to 25 years and 10 months in prison.”

The victim of Rafael Mora-Contreras’s homicidal violence in July of 2001was Gonzalo Pizano-Guzman, age 21.

Apparently the motive for the homicide was to prevent Gonzalo Pizano-Guzman’s upcoming marriage to Marisol Mora, Rafael Mora-Contreras’ sister.

As of May 26, 2021 Rafael Mora-Contreras was in the custody of Oregon Department of Corrections (DOC) Coffee Creek Intake Center (CCIC) in Wilsonville, Oregon.

The “Criminal Alien of the Week Report” on Wednesday, May 26, 2021 sent via e-mail U.S. Immigration and Customs Enforcement (ICE) Public Affairs Officer (PAO) David Yost a request for information on the historical immigration status of Rafael Mora-Contreras.

“Rafael Mora-Contreras is a Mexican national who is unlawfully present in the United States. He legally entered the U.S. in 1994 and was first encountered by U.S. Immigration and Customs Enforcement (ICE), in July 2003, at the Oregon Department of Corrections (ODOC) following an arrest for Aggravated Murder. ICE lodged an immigration detainer during that encounter.

Mora-Contreras was originally convicted of Aggravated Murder in Washington County in 2003, and after undergoing an appeals process on May 26, 2021, he pleaded guilty to Manslaughter in the First Degree and Kidnapping in the Second Degree, receiving a sentence of 25 years and 10 months in prison.

“On Background (To be attributed to an ICE Official):

Under federal law, ICE has the authority to lodge immigration detainers with law enforcement partners who have custody of individuals arrested on criminal charges and who ICE has probable cause to believe are removable noncitizens. The detainer form asks the other law enforcement agency to notify ICE in advance of release and to maintain custody of the noncitizen for a brief period of time so that ICE can take custody of that person in a safe and secure setting upon release from that agency’s custody.” – ICE Public Affairs.

Rafael Mora-Contreras joins as many as 112 criminal aliens incarcerated for homicide currently in the custody of the Oregon Department of Corrections (DOC) prison system.