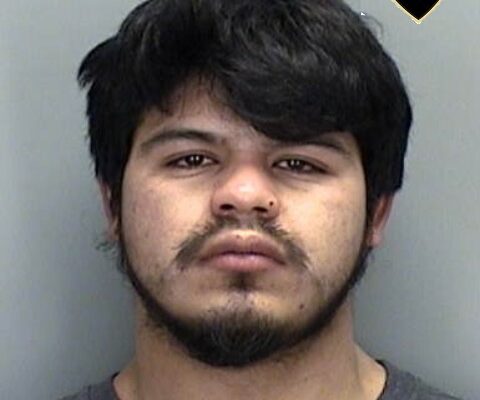 It has been an interesting the third full week in the month of May 2021 when it comes to criminal aliens (illegal aliens) here in the Pacific Northwest states of Oregon, Washington and Idaho.

This week we have a report for your radio listeners on an illegal alien who has been charged and convicted of numerous crimes in the state of Oregon.

Wanting information on the historical immigration status of Jose Alvarez-Vilches, the “Criminal Alien of the Week Report” on Thursday, May 13, 2021 contacted via e-mail U.S. Immigration and Customs Enforcement (ICE) Public Affairs Officer (PAO) David Yost. The PAO covers the Northwest region of the country.

On Thursday, May 20, 2021 ICE Public Affairs Officer Yost responded via e-mail with the following statement on Jose Alvarez-Vilchis:

“Jose G. Alvarez-Vilchis is a Mexican national who is in the United States unlawfully.

Alvarez-Vilchis has two previous convictions in 2019 for delivery of methamphetamine, assault in the fourth degree and strangulation and a March 2020 conviction for resisting arrest.

Under federal law, ICE has the authority to lodge immigration detainers with law enforcement partners who have custody of individuals arrested on criminal charges and who ICE has probable cause to believe are removable noncitizens. The detainer form asks the other law enforcement agency to notify ICE in advance of release and to maintain custody of the noncitizen for a brief period of time so that ICE can take custody of that person in a safe and secure setting upon release from that agency’s custody.” – ICE Public Affairs.

Checking out the differences in last name spelling, the “Criminal Alien Report” contacted via e-mail with ICE Public Affairs Officer Yost on May 20, 2021:.

“The information that was provided is for Jose Alvarez-Vilchis, DOB 09/02/1993. This person matches the information provided previously, and there are no aliases in our record.”

Criminal illegal alien Jose G. Alvarez-Vilchis if found guilty and sentenced to prison in a Marion County Circuit Court room for the numerous crimes he has currently been charged with could result in him joining more than five hundred Mexican nationals, all of them with immigration detainers, who are incarcerated in the Oregon Department of Corrections (DOC) prison system.

Lars, the third full week in the month of May 2021 and another criminal alien report for Lars Larson Show KXL FM 101.1 Pacific Northwest radio listeners.