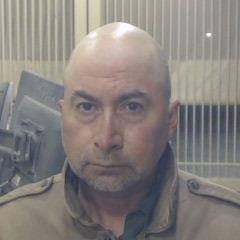 (Image via Customs and Border Patrol)

It has been an interesting first full week in the month of May 2021when it comes to criminal aliens (illegal aliens) here in the Pacific Northwest states of Oregon, Washington and Idaho.

This week we examine for Pacific Northwest radio listeners a previously removed from the United States criminal illegal alien sex offender arrested by U.S. Customs and Border Protection who was convicted of a sex crime in the state of Idaho.

Border Patrol Agents doing the processing of Jorge Perez-Diaz, during records checks, discovered he was previously incarcerated in the Idaho Department of Corrections (DOC) prison system for felony convictions of Lewd and Lascivious Conduct with a Minor.

Wanting additional information on the historical immigration status of Jorge Perez-Diaz, the “Criminal Alien of the Week Report” on Wednesday, April 28, 2021 contacted via e-mail U.S. Immigration and Customs Enforcement (ICE) Public Affairs Officers operating out of the state of Washington who are esponsible for covering the Northwest region of the country.

“Jorge Perez Diaz, is a citizen of Mexico who is unlawfully present in the United States. Perez Diaz has a history of violating the nation’s immigration laws and was last encountered by immigration officials on April 26, when he was apprehended by the U.S. Border Patrol in (USBP) in Yuma, Arizona. On the same date, immigration officials lodged an immigration detainer with the U.S. Marshals Service and reinstated a previous final removal order.

A review of Perez Diaz’s criminal and immigration history reveals at least seven criminal convictions that include multiple convictions of lewd and lascivious acts with a minor and eight previous removals from the U.S. The case review also shows that on Aug. 16, 2010, ICE ERO lodged an immigration detainer on Perez Diaz while he was incarcerated by the Idaho Department of Corrections and on June 21, 2013, he was transferred to ICE custody and later removed from the U.S.

ICE is now implementing the interim civil immigration enforcement priorities directed by the U.S. Department of Homeland Security (DHS) to focus its limited resources on threats to national security, border security, and public safety. ICE carries out its duty to enforce the laws of the United States in accordance with the Department’s national security and public safety mission.

Operational guidance on the implementation of these priorities has been provided to all ICE Enforcement and Removal Operations (ERO) officers.

Priorities are further defined as follows:

• National security priorities include individuals who have engaged in or are suspected of terrorism or espionage, or whose apprehension, arrest and/or custody is otherwise necessary to protect the national security of the United States.

• Border security priorities include individuals apprehended at the border or ports of entry while attempting to unlawfully enter the United States on or after Nov. 1, 2020, or who were not physically present in the United States before Nov.1, 2020.

• Public safety priorities include individuals incarcerated within federal, state, and local prisons and jails released on or after the issuance of the DHS memo (Jan. 20) who have been convicted of an aggravated felony and are determined to pose a threat to public safety.

These priorities apply to the broad range of ICE officers’ discretionary enforcement decisions.

All enforcement and detention decisions will be guided by ICE’s ability to conduct operations and maintain custody consistent with applicable COVID-19 protocols.

While ICE will focus its civil immigration enforcement on the priorities of national security, border security and public safety, DHS does not prohibit ICE from apprehending or detaining individuals who are unlawfully in the United States and fall outside of these specific priorities. Any civil immigration enforcement actions by ICE conducted outside of federal, state, or local prisons or jails must be approved by the Director.” – ICE Public Affairs.

Eight time removed from the United States Mexican national criminal alien sex offender Jorge Perez-Diaz is an example of hundreds of aliens with sex crime convictions that U.S. Border Patrol Agents have apprehended in Fiscal Year 2021 who have illegally reentered the country.

One doesn’t have to read too far between the lines of ICE Enforcement Public Affairs Officer Haley’s statement on serial immigration violator Jorge Perez-Diaz to realize the importance of the cooperation between Idaho Department of Corrections and ICE Enforcement and Removal Operations (ERO).

The citizens and residents of the state of Idaho can chose to take some solace in knowing the Idaho Department of Corrections is honoring ICE Enforcement and Removal Operations’ immigration detainers lodged on criminal alien inmates in the custody of the DOC prison system that will result in the transfer of custody to ERO of the alien inmates after they have completed their prison sentences.