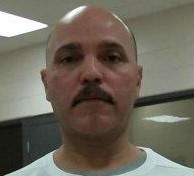 It has been an interesting second full week in the month of April 2021 when it comes to criminal aliens here in the Pacific Northwest states of Oregon, Washington and Idaho.

This week we examine a U.S. Immigration and Customs (ICE) immigration enforcement story on a criminal alien (convicted felon) whose criminal activity occurred in the state of Idaho.

Some back ground information, the “Criminal Alien of the Week Report” is always looking for ICE immigration enforcement stories; ICE Northwest Regional Communication Director (RCD) Tanya Roman sent on April 14, 2021 a news release / statement to the “Criminal Alien Report” on a criminal alien removed from the United States to Mexico that was also published on the ICE News Releases website.

Here is that news release / statement:

Gomes Muriel Baez-Salazar, 52, is a citizen of Mexico who was in the United States illegally. On Nov. 29, 1996, Baez-Salazar was convicted for murder in Canyon County, Idaho, and sentenced to 25 years.

Baez-Salazar has been removed from the United States on two previous occasions and has a previous 1991 conviction for felony aggravated assault in Maricopa County, Arizona, for which he was sentenced to five years in prison. As a previously convicted aggravated felon he is an ICE enforcement priority.

ERO officers encountered Baez-Salazar in 2008 at the Canyon County Jail, pursuant to his murder arrest and lodged an immigration detainer.

ICE lodges immigration detainers on individuals like Baez-Salazar who have been arrested on local criminal charges, and who are suspected of being removable, so that ICE can take custody of that person when he or she is released from local custody.

On March 18, the Idaho Department of Corrections transferred Baez-Salazar to ICE ERO custody and his previous order of removal was reinstated.

Baez-Salazar was removed from the United States via an ICE Air Operations charter flight and transferred to the custody of Mexican authorities.

ICE is implementing the interim civil immigration enforcement priorities directed by the U.S. Department of Homeland Security (DHS) to focus its limited resources on threats to national security, border security, and public safety. ICE continues to carry out its duty to enforce the laws of the United States in accordance with the Department’s national security and public safety mission.

In the preceding news release / statement from ICE Northwest Regional Communication Director Roman on the criminal illegal alien murderer revealed two elements of good news for the residents of the state of Idaho, moreover, all the citizens and residents of the United States.

First, the Idaho Department of Corrections (DOC) is turning over custody of criminal aliens, like Mexican national murderer Gomes Muriel Baez-Salazar, to ICE Enforcement and Removal Operations (ERO) after they have completed sentences in the state’s prison system.

Second, Mexico’s government is accepting the return of the country’s criminal citizens by allowing ICE Air Operations to transport them home.