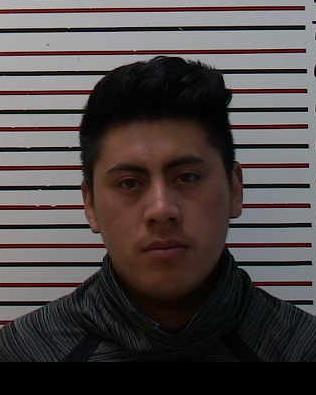 It has been an interesting the last full week in the month of February 2021 when it comes to criminal aliens (illegal aliens) here in the Pacific Northwest states of Oregon, Washington and Idaho.

This week we have a report for your radio listeners on an illegal alien who has been charged with the death of a baby in an automobile accident in the state of Oregon.

The named subject of the OSP news release, Rony Tomas-Garcia (Case Number: 21CR07956; Jail ID: 66539; DOB: 10/23/1997), age 23, on February 16th made his first appearance in Clatsop County Circuit Court where he faced the charges of one count of Manslaughter in the First Degree, one count of Assault in the Second Degree, one count of Driving Under the Influence of Intoxicants (DUII) and one count of Reckless Driving for his alleged actions that caused the death of a 3 ½-month-old baby girl and injury of a 20-year-old woman.

Both the baby girl and woman were apparent passengers in the car the defendant was operating.

“U.S. Immigration and Customs Enforcement (ICE) lodged an immigration detainer on [Rony] Tomas-Garcia on Feb. 16 with the Clatsop County, Oregon Jail where he is being held on charges of first degree manslaughter of a child, second degree assault, driving under the influence of intoxicants and reckless driving.” – Tanya Roman, ICE Northwest Regional Communications Director.

The “Criminal Alien of the Week Report” seeking clarification on the immigration status Rony Tomas-Garcia on Friday the 19th sent via e-mail ICE Regional Communications Director Roman the following question:

Is Rony Tomas-Garcia illegally in the United States?

On the same day the ICE Regional Communications DirectorRoman sent via e-mail the following response to the preceding question:

“We have lodged an immigration detainer on him because we have reason to believe he is here illegally.” – Tanya Roman, ICE Northwest Regional Communications Director.

Rony Tomas-Garcia if found guilty and sentenced to prison in a Clatsop County Circuit Court room for the death of the 3 ½-month-old baby girl could join more than a hundred criminal aliens incarcerated for homicidal crimesin the Oregon Department of Corrections (DOC) prison system.