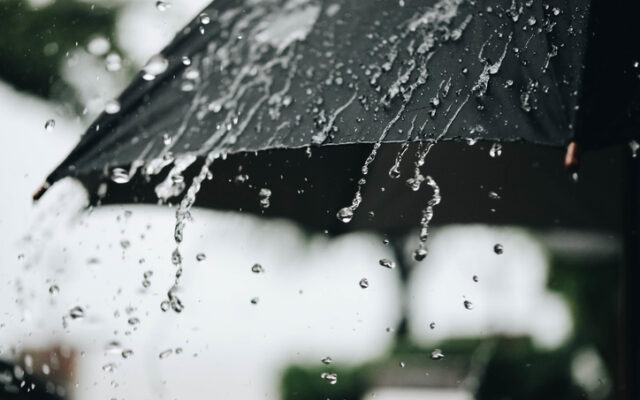 TheLarsLarsonShow · Chuck Wiese-Is the NW going to have a year without a Summer?

The last year I remember a “year without summer” for us was in 1983 but for polar opposite reasons. Back then, it was coming out of the super El Ninio of 1982-3 that was part of the great Pacific climate shift to warm phase PDO. An ocean cycle shift that leads to more frequent EL Ninio’s and less La Nina’s like we have now. This causes weakening trades across the tropical Pacific and thus increased frequency of Kelvin wave propagation through the tropics which is just the release of the warm pool of water that is jammed up by trades against the western Pacific basin when the ocean phase is cold PDO, thus causing the water to move eastward, warming the tropical Pacific significantly, increasing evaporation that leads to convective overturn, which then alters the location of the Pacific Hadley cell, weakening it, increasing west winds rather than trades, leading to low pressure formation in the sub tropics, increasing the sub tropical jet strength, thus blocking the formation of the northward migration of the Hadley cell for summer, which brings our switch to warm, dry and mostly sunny ( sometimes hot) summer weather patterns. That year of 1983 was exceptionally cool and wet for us.

But now, we are in strong cold phase PDO and moderately strong La Nina conditions. That combination can also produce persistent low pressure in the eastern Pacific, but this time, it is aggravated by a persistently strong POLAR jet that subdues the Hadley cell high pressure tropical influence. But the effect is the same. The low pressure persistence from the polar jet in the eastern Pacific allows transitory low pressure systems crossing the mid latitude Pacific to head directly into our region, when the average patterns allow for the Hadley cell to migrate northward from the tropics, blocking and forcing these transitory storms and forcing them to a higher latitude, letting us dry out and transition to our normal summer patterns which are warmer and dryer, sometimes hot and dry. When either La Nina or cold phase PDO operate independently, we typically get our best summer weather patterns, although hot weather can become frequent then as well. But when La Nina and cold phase PDO operate together in pair, such as now, the patterns can remain persistently cool and wet like they are doing for the Pacific Northwest.

Interestingly enough, the last time I saw this pairing of strong cold phase PDO with either weak or strong La Nina conditions was in the summer of 2011 and 1962. The summer year of 1962 was cooler for the Northwest and somewhat wet, but not as wet as this summer so far because the La Nina in 1962 was weaker than this year. The year 2011 had a strong cold phase PDO, but the coupling to strong La Nina started later in 2011 in the summer and was of a shorter duration. You have to go back to the years 1955-56 to get the pairing strength of both cold PDO and La Nina to what it is today, and the summer of 1955 was also cool and wetter than average like this year, except for August of 1955 which was dry with no measurable precipitation but there were no hot spells in August of 1955 either.

What is noteworthy of all of this is the observation that we have entered a strong cold phase PDO ocean cycle. That produces a colder than average Gulf of Alaska sea surface temperature that extends down the west coast of Canada and the US and warmer than average sea surface temperatures to emerge in the Gulf of Mexico and western Atlantic. This sets the table for increasing severe weather events across the Mid-Western states from severe thunderstorm and tornado outbreaks to increased hurricane strength and frequency in the Atlantic and Caribbean basin, increasing the chance of severe hurricane strikes (CAT 3,4 and 5) on the Gulf coast states and eastern seaboard regions. The Pacific Northwest climate can go either way with precipitation, either wet or dryer depending on La Nina, but in strong cold phase PDO, hotter summers are less likely as troughing in the eastern Pacific usually persists and increases onshore flow from the Pacific for more cloudier and cooler days.

But also noteworthy of these conditions is the likelihood of increased severe weather conditions in the Pacific Northwest during the fall and winter months which include severe windstorm events along with more frequent arctic intrusions that can lead to severe cold and or significant snow at both low and high elevations. You can’t leave low land river flooding out of the picture with these things either. Climatologically speaking, we are presently under the average for severe windstorm events in the Pacific Northwest and I suspect it is because of the persistent warm phase PDO conditions that only terminated over the last decade recently in 2020 and were only cold for a few years prior that then took us back into warm phase which ran from the great Pacific climate shift of 1977 onward to recently. If we get another severe windstorm this autumn or winter similar to the Columbus Day Storm of 1962 or the “Friday the 13th” windstorm of November 1981, which is associated with these conditions, will the fake news media attribute all of this to “climate change” like they have so ridiculously done with all severe weather since the Francis/Vavrus paper that is provably wrong came out in 2012? So far, I would wager yes, because these stubborn and arrogant non scientific loud mouth’s in the press have been indoctrinated by the public education system which has nearly completely politicized atmospheric science and climate to help the Marxists achieve their rotten goals.

All things said, these ocean cycle shifts produce more severe weather of all kinds throughout North America and the Atlantic for the reasons given, and I note again because of that ridiculous paper written by Jenifer Francis and Steve Vavrus about severe weather increasing from a warming arctic, that the real reasons for when we see this happening will be obscured by the fake news press which now attributes all severe weather increases to their fake “climate change” agenda, where if true, would actually bring the opposite weather to the world, with less frequent severe weather, warmer mean temperatures with less extremes and problematic drought which would emerge on the world.

Last year’s temperature extremes that happened in the Northwest nearly one year ago were a-typical of what you’d expect with this ocean cycle and La Nina. But we have to remember that the atmosphere does not follow the “normals” for these conditions to the letter of what is expected at all times. The atmosphere is highly chaotic and within that comes random variation that can and will on occasion deviate from the norms. Last year, a transitory but very strong high pressure system generated by a strong and cold Aleutian low pressure system moved into our region mid month in June and created our hottest weather pattern. It was the timing of this that coupled with the occurrence being right near the summer solstice for maximum available solar radiation that produced the extreme temperatures.

Finally, being that we are in what appears to be a locked cold phase PDO that could persist for 25 years or longer (such as the historical record suggests) with varying strengths that will cause more frequent La Nina’s rather than El Ninios (ENSO), and since the tropical Pacific basin is the primary heat source reserve for all of the northern hemisphere’s weather and temperatures, it would be very likely that if this goes according to records, that the global temperatures should experience a cooling trend of sorts that would actually reverse the sign of the decadal global temperature trend to negative. If this happens, it will surely mean trouble for those that insist atmospheric CO2 is changing our climate as any cooling trend is forbidden in the failed climate model output projections and would become an embarrassingly large deviation too significant for the proponents to ignore or explain away from their failing theory that no part of the founding principles from atmospheric science ever suggested was likely.