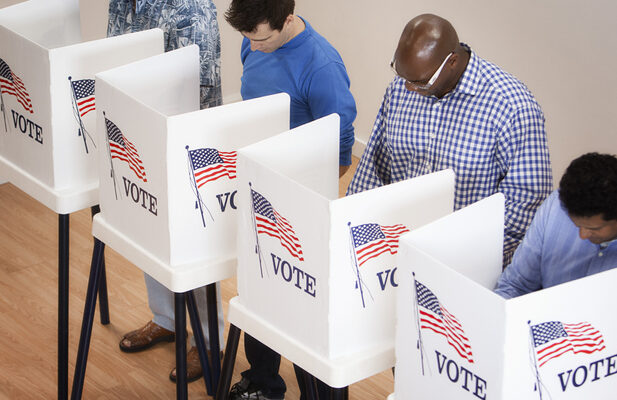 This is a video by Dr. Douglas Frank on elections, frequent show contributor, Chuck Wiese had a lot to say about Dr. Frank’s data and conclusions, check out the video and you can view Chuck’s thoughts below!

1. Frank’s data proves there is machine tabulator manipulation of the votes during an election.

2. The analysis follows the laws of nature and probability as determiners. If you roll a set of dice 100 times and get a set of numbers from rolling that you can exactly predict before rolling those dice, this tells you the dice are fake because by probability, that is impossible. It is the same reasoning through probability that winning the lottery by getting exactly 6 numbers on any singular random participant is very difficult and takes millions of participants before you finally get a winner.
3. Frank’s data shows, that the election tabulator machines have pre-programed numbers inserted in them that draw from census population data by age that are eligible to vote in any particular county that are paired with registered voters. Oregon’s dirty registration rolls that are not cleaned up are also used as a comparison to active registered voters. The difference between census, dirty rolls and total registered voters gives the machines a “pad” they can draw from to create phantom votes if desired for the vote tabulations. Keep in mind that the total registered voters are NOT the actual number of votes that are cast in any election because that number never reaches 100%. In any election, data shows participation is typically between 60-75% turnout in elections that interest the public and under 50% in many other elections.
4. NOW, what Doug Franks is able to show is that in Oregon, in very county in this state, by plotting the polynomial curve that the data exactly represents, he can predict with data from just one county, what the “computed” number of voles will be in every age group across the spectrum in all the other counties. It is typically found to be near 86% . When his does this, he gets a correlation coefficient of anywhere from 99.2 to 99.9% which means he can predict the outcome of all the votes cast by age in every county.
5. The point in all of this is that is mathematically impossible without a direct manipulation algorithm of some sort that is in the vote tabulator machines. By probability and the laws of nature, if the votes cast by all eligible to vote that participated were a random event as they should be with no manipulations, you would not be able to come anywhere close to having this sort of accuracy or this sort of a correlation coefficient to the data. It proves there is massive fraud being done.
CONCLUSION: Whoever is doing this is taking away our First Amendment rights to free expression of voting for the candidates to run either our local governments or federal offices and pre-selecting the winners the establishment wants. This is the worst offense against our constitution you could eve do in a free society.
Only remedy is to stop vote by mail which invites the same fraud which is actually paired with the machines to guide the tabulators in redistributing votes and was observed in all the swing states in the 2020 election.
Votes must be cast by showing up at your precinct, showing proof of your ID, then casting your ballot at the precinct in a voting booth and returning it immediately at the precinct to avoid any chain of custody issues.
Tweets by LarsLarsonShow