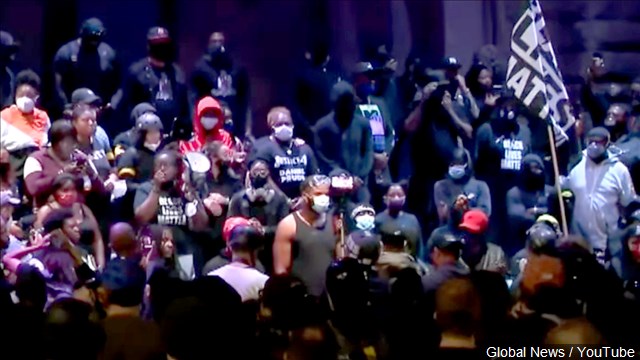 When the group first appeared nearly a decade ago, many believed it had a point: Police should treat black citizens equally.

That’s only what Martin Luther King asked for under the Constitution.

At one point 10% of the adults in America identified with BLM.

But America has come to know a strange and twisted BLM that makes outrageous demands which actually leave black Americans hurt or dead.

BLM backed the Ferguson protests that turned to arson and shooting and murder.

This week, its mob of followers demanded a jury find a cop guilty of murder no matter what the evidence.  BLM got its way and the riots went on anyway.

Then on Tuesday came the moment: A black teenager girl was stabbing another girl when a police officer arrived in the nick of time…shot the attacker and saved an innocent black teen.

BLM has jumped the shark and Biden with them.