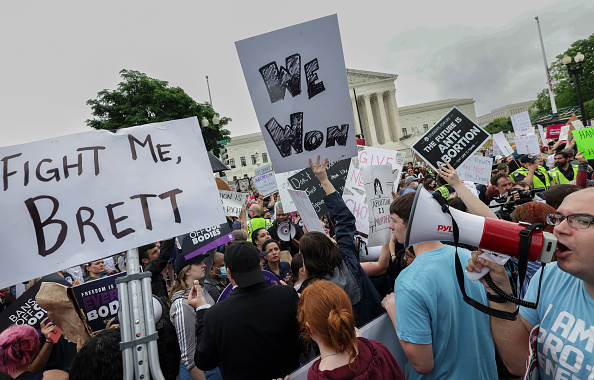 I honestly think some democrats want a Supreme Court Justice to die.

Two years ago, Senate Majority Leader, Chuck Schumer, threatened the justices, quote “”I want to tell you, Gorsuch, I want to tell you, Kavanaugh, you have released the whirlwind and you will pay the price. You won’t know what hit you if you go forward with these awful decisions.”

Just over a month ago, a leak of a Supreme Court opinion, says the court will overturn Roe V Wade.

Protests began in the neighborhoods where some Supreme Court members live. The White House not only refused to condemn the protests directed at Judges, it incited them. May 10th, Presidential Press Secretary Jen Psaki, quote, “…we certainly do…encourage (protests) outside judge’s homes and that’s the President’s position”.

The Biden Department of Justice refuses to act.

Yesterday, just before 2am, police arrested a California man armed with a pistol near Kavanaugh’s home. Cops charged Nicholas Roske with attempted murder.

It’s worth noting, that if a Justice dies, Joe Biden picks his replacement.