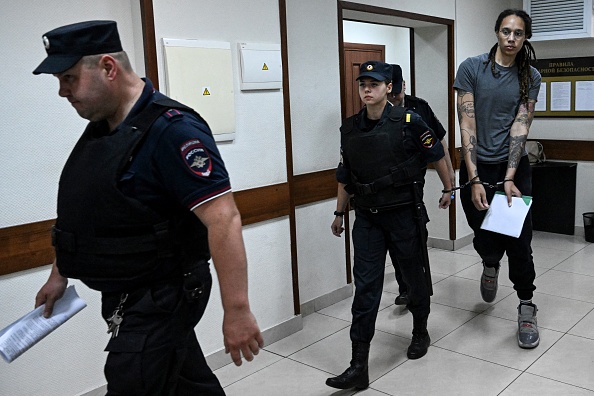 Bout got caught selling anti-aircraft weapons to folks who planned to kill Americans.

Griner ignored the laws against pot…even medical pot…and packed it in her luggage when she traveled to Russia.

And what else did Slo Joe promise Vladimir Putin.

After all, just 9 months ago, Biden demanded that Putin be removed from power.

The same Russian that Biden says has pushed the world closer to nuclear armageddon than it’s been in half a century.

But let’s see this sleazy deal for what it really is.

Russia gets back the notorious “merchant of death”.

America gets a narcissistic ball player.

From Biden’s point of view though, she checks all the boxes.

Left behind in this deal is the former U.S. Marine Paul Whelan…convicted on phony baloney spy charges.

As I’m telling you this, this celebrity prize…who was politically important enough to get Joe’s attention…is on a plane on her way home.

I wonder if Brittney will be greeted on her return with a band playing the “Star Spangled Banner”.

I certainly hope so!