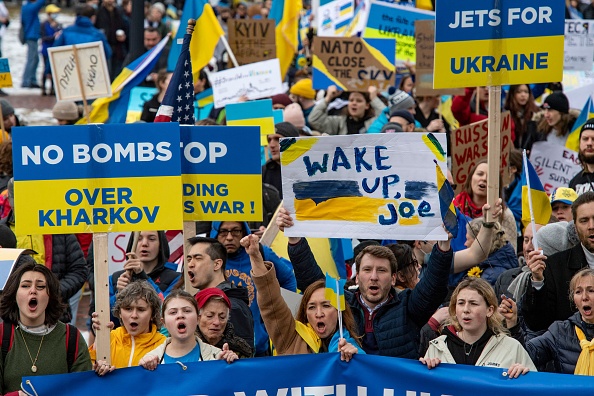 The war in Ukraine is awful.

What’s worse than that, is Joe Biden playing both sides in that war.

Russia, the invader, makes its cash selling oil.  Joe Biden came into office  and immediately crushed America’s energy industry.  The day he took office it was almost 56 bucks a barrel.  Today, it’s more than double that at 115.

And every day, Joe Biden’s crippling of the American oil industry has us buying almost 600-thousand barrels of oil from Russia.

So the Biden White House wants Congress to send tens of billions of dollars and weapons to Ukraine to fight a war…while sending more than 60-million dollars a day to the country invading Ukraine.

Does that make sense to any of you?

And don’t forget that Ukraine has been very, very good to the Biden family.  While President Biden shouts today about oligarch billionaires…his own son made millions of dollars from the crooked Burisma billionaire Mykola Zlochevsky.

And Vice President Biden threatened just a few years ago to withhold a billion dollars from Ukraine if it didn’t fire the Prosecutor General who was about to investigate Burisma…where Biden’s son Hunter was scooping up all  those dirty dollars.

Meanwhile, Hillary Clinton used Ukraine in the Russia hoax she claimed installed Donald Trump.  Like much of what comes out of Hillary’s mouth, it was a bald-faced lie.

And I suspect that at least some of those American tax dollars that go to Ukraine will end up in the pockets of American politicians…since Ukraine has served as the democrat money laundry for a long time.