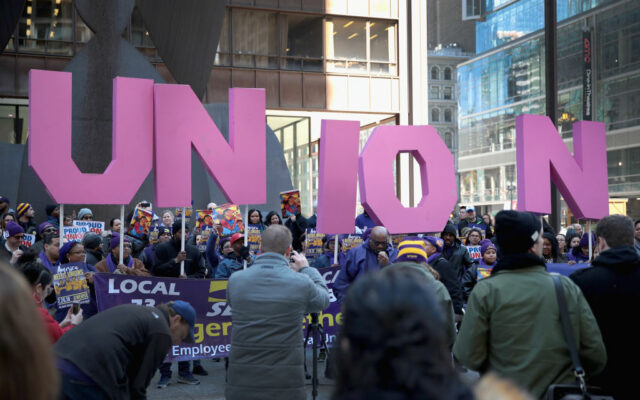 In 2020, a Marion County care coordinator tried to opt out of the union but was told her request could only be processed during a two-week window every year because she had signed a membership card.

Knowing she hadn’t, she demanded to see the card and immediately recognized it was a crude forgery.

The union agreed to cease her dues deductions but never explained how her signature was forged onto its membership agreement or offered to refund the illegally confiscated dues.

Lower court judges have rejected the lawsuit against Marion County and SEIU because the county merely collected the dues on the union’s behalf, and SEIU isn’t a state entity.

So to resolve the issue, the Freedom Foundation has taken the case, and his bringing it to the 9th Circuit Court of Appeals.

To discuss the case, and others like it Lars spoke with Aaron Withe with the Freedom Foundation.

Listen To The Interview Below: