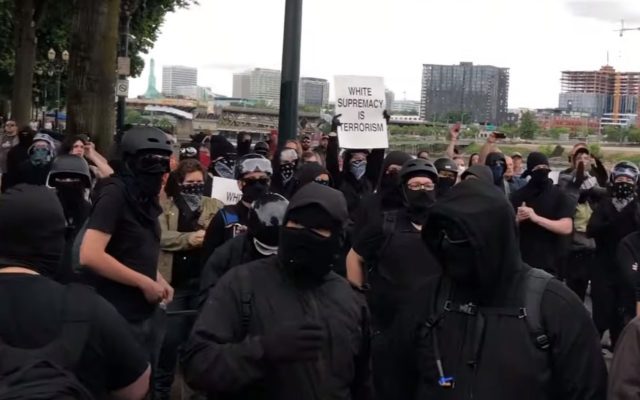 Lars answers an Antifa member-guest call to find out the true philosophy of the terrorist organization that is known as Antifa.  Antifa member Isaiah claims that groups like Proud Boys and Patriot Prayer were pushed out of Portland by Antifa despite the fact that the groups left on their own accord.  He also claimed that “they would do anything to hinder the gross pig that is capitalism” following the loss of million’s of dollars to local businesses that Antifa had caused during the rally.  Listen below for more.